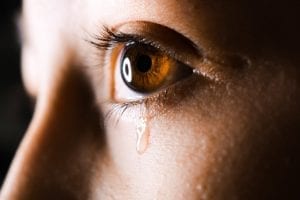 I spent most of life avoiding hard feelings at all costs. Especially sadness. Especially rejection. I’ve turned to anything, ANYTHING, to keep from having to experience that excruciating pain of my heart being battered into a million tiny pieces…. Convinced that nothing and no one could ever put that broken puzzle back into a beating and whole heart.

Since my 20’s the biggest and most satisfying escape has been the distraction of busy-ness. Of work. An overwhelming To-Do list doesn’t give you much time to drop your head on the table and cry. To feel into the hurt and allow it to be there.

Breaking up inside feels like the end. It feels like death. Whether that breaking up is caused by an actual break-up of a relationship, or another loss, it feels like a free-fall into a bottomless cavern.

It’s only recently I’ve discovered that perhaps it’s not death. Or… rather, it’s a death followed by a rebirth. It’s a shedding of the serpent skin, a release of a layer that must release.

All that time that I ran from my hurt, from my fearful feelings, all those years of hiding and smiling as I bit my tongue on my truth – so as to avoid that searing knife of rejection – all that it did was dull my life. Sure, the pain was dulled, but it wasn’t gone. It was only pushed into hidden depths. And the joy was dulled as well. It was as if my very existence was overlaid with a film, like smoke on a window. Clarity was filmed over, exuberance muted.