How To Turn Stress Into Your Friend 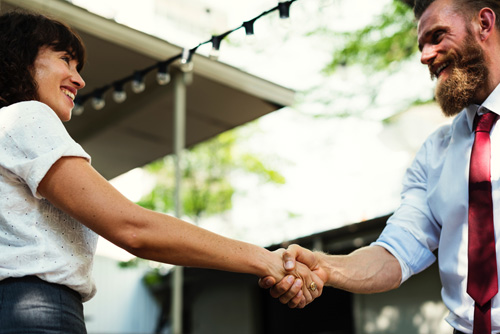 This morning as I lay there in shavasana after my yoga workout, I decided to have a talk with one of my gremlins.

(I used to attempt to totally clear my mind during shavasana – but of course that never worked. I recently learned from a wonderful meditation teacher that this is because telling your mind not to think is equivalent to telling your heart not to beat. What a relief! But, I digress…)

I decided this was as good an opportunity as any to start a discussion with the gremlin I’ll call “Mr. Stress”. Now this guy looks like a wild-eyed cartoon character with his hair all up in spikes. He’s forever running around wringing his hands, looking fearfully over his shoulder, and lamenting about all the terrible things that might happen.

Although in that peaceful shavasana moment his name showed up as Mr. Stress, he really represents the anxiety that tends to plague me far more often than I would prefer. (Why he’s “Mr” instead of “Ms” is a mystery to me!)

This wasn’t the first time I’ve chatted with this character, oh no. We’ve had a few conversations, most of them rather stern. But, if my meditative state I remembered that the most effective way to address these unwanted parts of our personality is with compassionate friendliness.

So, I imagined myself sitting down with him with an attitude of kindness.

“Look, Mr. Stress,” I said. “I get it that your job so far has been to check every corner and make sure I am safe. And I know that I needed that from you at one time. But, now I’m going to give you a new job.”

“What do you mean?!!” he wailed, wringing his hands faster than before. “You can’t just do things willy nilly without me putting on the brakes! What if something bad happens? What if someone laughs at you? Or, worse, what if they say mean things?”

“I know, I know,” I replied gently. “Protecting me from these things was an important job. But, I’ve grown now. I’m different. I now have ways to handle these situations.”

I paused, and continued,  “I have my tapping, for one, and I know I won’t die or disappear even when people don’t like me.”

“But, what does that mean?” he wailed, looking down at the ground. “Does that mean that I have to die?”

“No, no, of course not,” I reassured him. “I still need you, and you’re still very important … but for my REAL safety, not my imagined safety.”

“I’m putting you in charge of reminding me to be on alert when there is any true danger near,” I told him. “That does happen, and I don’t want to be spacing out with my head in the clouds if I should be aware and in my body to prevent an accident or getting mugged.”

“I know, that’s your #1 talent,” I said. “But, you’ve been working WAAAY too much overtime. That’s never good. When you’re exhausted from looking around for any possible danger 24/7, you have less energy left to be there for me when I really need you.”

His chest puffed up. I’d never seen him look so calm and regal. “I definitely want to do THAT job, then,” he said. “From now on you can count on me to let you know when you really do need to pay attention.”

He looked around and then leaned in close, “To tell you the truth, it might be kind of a relief to get a little rest.”

“It sure will!” I said, “I hereby give you permission to go lay on the hammock!”

Where is YOUR Mr. Stress?

Now, all that might sound a little whimsical, but this is what I know to be true:

We all have versions of Mr. Stress running around on steroids in our heads. For some of us it’s about fear, or anger, self-criticism, or sadness …. and for lots of us it’s anxiety. These gremlins can seem uncontrollable at times. And, at some point in our past it made sense for them to show up.

If you play around with a version of the above, it can be super powerful. Externalize that inner gremlin, give them a name and imagine what they look like. And then sit down to have a conversation.

What new job can you give YOUR most persistent gremlin?