When You Can’t Afford What You Want – There Is Hope! 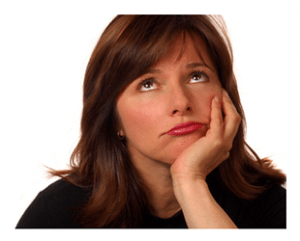 Do you have a list of things and experiences that you are longing to have – but they just hang out on that list because you can’t afford them?

Or maybe it’s calories that you think you ‘can’t afford.’ As in, “I can’t afford to eat a piece of wedding cake – I pigged out on the macaroni and cheese.”

Now don’t get me wrong here – I’m not giving you carte blanche to stuff your face with cake and cookies or to go on a rampage at the Mall tomorrow. This is simply a lead-in to a profound truth that has come to my attention lately. In fact, in has popped up in front of my face in some form or other almost every day for the past few months.

We tell ourselves stories every day. Some of these are fun and juicy stories that get you and your friends laughing your heads off. But others are old and painful stories that got stuck on a loop in your brain a long time ago. Often they are repeated and reinforced by your best pals and most dear loved ones.

“I’m so tired of being alone.”

And even, “Life is tough and then you die.”

Here’s the thing: every time you utter these painful phrases out loud – and even when you silently say them to yourself, you perpetuate the very situation that feels so damn crappy.

What we say is what we get – plain and simple.

Does this sound like a bunch of New Age hooey?

I might have thought the same not too long ago. But, as I said, recently this stuff has been coming up in my face again and again.  And not just from a life coaching perspective – but from scientific studies!

Basically, it turns out that the languaging we speak and listen to works similarly to the Placebo Effect. Our bodies actually respond physically to what we have been told is true – or to what we say is true!

I’m Not Making This Up!

I listened to an awesome podcast a few weeks ago called On Being with Krista Tippet. In this one she interviewed Ellen Langer, a social psychologist and professor of psychology at Harvard. The interview was on mindfulness versus mindlessness – another great topic – but what hit home for me was her descriptions of these studies on WORDS.

They discussed a study about how the way we talk about it affects how we enjoy our work. Two groups of people were given the same task – an ostensibly fun one of looking at jokes and cartoons and evaluating them for how funny they were. One group was told this was a ‘job’, and the other was told it was a ‘play’ activity.

After they’d performed the task for a few hours, the members of the ‘work’ group reported that their minds wandered, they didn’t enjoy the activity, and they wanted more payment. The ‘play’ group had a completely different and enjoyable experience! Just with the difference between two words!

In another famous study, a bunch of hotel maids actually lost weight and gained fitness just by being told that their work was actually a ‘workout’ that is just a beneficial as a visit to the gym! Before that they would have said they had no time for exercise.

At the start of the study, Langer and Crum quizzed 84 maids at seven carefully matched hotels about how much exercise they got. Fully a third of the women said they got no exercise at all, while two-thirds said they did not work out regularly. Langer and Crum took several measures of the women’s basic fitness levels, which indicated that they, indeed, had the poor health of basically sedentary people.

Then just over half the women were told an unfamiliar truth: cleaning 15 rooms daily — pushing recalcitrant vacuum cleaners, scrubbing tubs, pulling sheets — constitutes more than enough activity to meet the surgeon general’s recommendation of a half-hour of physical activity daily. The researchers even provided specifics: 15 minutes of scrubbing burns 60 calories, 15 minutes of vacuuming burns 50. The basic message and the details were then posted in the maids’ lounges in the hotels where the 44 women worked, to serve as reminders, while a control group was left in the dark.

A month later, Langer and Crum checked back with the women to find, as they reported in the February issue of Psychological Science, remarkable results. The average study-group maid had lost 2 pounds, while her systolic blood pressure had dropped by 10 points; by all measures the 44 women “were significantly healthier.” Yet there were no reported changes in behavior, only in mind-set, with the vast majority of the women now considering themselves regular exercisers.

Wow! That really blew me away. You can read the full article here. And if you’re the true fact-finding sort, the entire study is here.

“…A chemotherapy regimen called “EPOH” was being studied in a research protocol for efficacy. Most of the study centers were reporting consistent results- some benefit from the chemotherapy, but nothing earth-shattering. But one study center was getting dramatically better results, so the research team investigated. What were they doing differently?

Turns out the doctor in the center with better results had renamed the chemotherapy regimen. Instead of telling his patients they were getting EPOH, he rearranged the letters and dosed them with HOPE. Physicians tend to make a huge mistake by robbing patients of HOPE in the name of “being realistic” and “looking at the statistics.” We’re so afraid of offering false hope that we forget how powerful hope is as medicine. How can there such a thing as “false hope?”

In my research on those who had spontaneous remissions from seemingly “incurable” illnesses, they all had hope- against all odds- and then miracles happened.

So… you may be wondering how this affects YOU? You’re probably not a chambermaid and you are hopefully not up for chemotherapy in the near future.

Well, the fact that Words Matter – that they are powerfully affecting our bodies’ chemistry and reactions is HUGE! It means we have way more agency than we sometimes think!

How To Put Your Words To Work For You

2.   Pick two or three of your own most ubiquitous, yet unpleasant, phrases and consider whether you want to   continue telling yourself that story.

3.  If you are ready to make a shift, try coming up with a new way to express yourself that opens up a window of hope and possibility.

4.  Write down your intention for the new languaging, and PRACTICE.

5.  Watch for the magic that results!

For example, I’ve already discussed the word ‘should’ in a couple of posts here and here. In a similar vein if you are prone to telling yourself you ‘have to’ do something, consider changing that language to “I choose to.”

It might sound like a lie at first – but if you think about it you’ll realize that everything you do IS a choice. For example, you choose to go to work because you choose to have a decent home to live in and groceries in the fridge.

This doesn’t mean you’re stuck forever in situations that you’d rather change. It actually frees up mental bandwidth to come up with creative solutions for making change!

I’ll be writing soon on my struggle with “I can’t afford that.” The short version is that I resisted changing that particular languaging for quite a while. Why argue with ‘reality’? Yet, as I sat with that, I came to realize that how I spend or don’t spend money is still my choice. As is the type of work I do and how I ask for compensation.

I’ve set an intention to ditch the “I can’t afford it” line and find new words, such as “I’m not going to put my resources into that right now.”

And you know what? That feels SO different. Suddenly I’m freer – and it’s just with a simple change of words.

Got an example of how words matter? Or an argument with this? Let’s start a conversation in the comments!