Done With ‘Should’ – Update on The Challenge 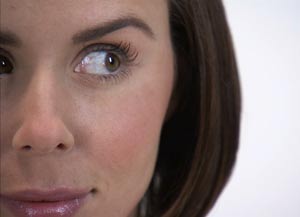 Last week’s post on kicking the word ‘should’ to the curb generated a bit of buzz – and some interest in the results of my 7-day Challenge.

I set myself the task of eliminating “should” from my vocabulary for the week – at least when I was aware that I was saying or thinking it.

Well, the results were sometimes surprising, yet often not  much of a news flash.

One surprise was that it only took one day of paying attention – and then rephrasing what I was saying – for the culprit to skulk away and only pop up when it thought it could get away with it.

By Day Two I didn’t have to correct myself nearly so often. And it turned out to be easy to replace ‘should’ with words that better expressed my meaning when offering suggestions to others.

Ah, but Day One was depressing. As I suspected I caught myself in the act every hour at least.

“I should get to work” (said to self while checking email, commenting on Facebook and doing everything else I could to procrastinate what was on my actual To Do list.)

Gentle and loving correction:  “Let’s get to work now.”

The wiser part of myself was offering to team up with the procrastinating side – rather than taking up the whip of the Bitchy Inner Critic.

I found the inner rebel child inside me responding much more positively  – shutting down the email and opening up the writing program.

And then there were the times I used it kind of mindlessly – not as self-criticism, but almost as a reminder.

I should get ready to go now.

I should call Melinda about the show tonight.

I should get a hold of my friend in Portland about leaving my car at her place.

In all of these cases I wasn’t necessarily resisting or procrastinating the activity. I was just worried getting caught up in other things and forgetting.

Yet, I had to wonder:  by using the word “should” was I sabotaging my successful remembering? Was I subconsciously alerting the inner rebel kid to dig her heels in?

So, when I found myself using the ‘sh’ word for this sort of stuff I substituted phrases like, “It’s time to…”  or “it would be a good idea too…”  (Let’s not start in on would right now. I’ll save that for another time. For now baby steps – it’s still better than should.)

It was interesting  to realize that I  often use ‘should’ unintentionally – not referring to an obligation particularly, but maybe a commitment to myself.

Turns out the official dictionary definition of ‘should’ isn’t just about obligation. That’s only one meaning. Another is “expectation or probability, as in “He should be here soon.”

At first I thought, well, that takes some of the stigma away from the word.

With some deeper pondering I realized that using ‘should’ in this contex reinforced expectations that might be unfulfilled. It could set you up for a stronger sense of disappointment.

What do you think? Too nit-picky?

The most insidious way I used should was in the past tense.

Here’s what I caught myself thinking (a la broken record) as I overheard a woman at the gym raving about what flexible hours she enjoys with her nursing job:

I should’ve studied nursing when I went back to school.

This kind of internal dialogue is where I absolutely sabotage myself. Sound familiar? Have you ever caught yourself second-guessing your past choices and using the shaming should?

If so, you might want to try what I did. Another gentle and loving correction:

I chose to study my interests and what I felt passionate about, rather than make my education be all about security and the potential to make money.

How empowering to transform self-judgement to a celebration of choice!

I felt better immediately. You will too.

I caught myself up in ‘should’ many more times during this week, and  came up with plenty of new ways to express the what I really meant. Some of my favorites were “Let’s”, “It’s a good idea to..”, “I choose” and “I need.” (And that’s saying need not in a needy way, but in a “this is what I need to care or myself and feel good” way.)

And sometimes I decided that this thing I was ‘shoulding’ myself about didn’t need to be done at all! I could just let it go.

So, the challenge continues! We all know it takes a minimum of 21 days to change a habit. I’m continuing to stay conscious of my language and how it does or doesn’t serve me.

A huge benefit is that I’m questioning the “why” behind the thought. If I do feel a sense of obligation, why? If it’s not about obligation how can I be kinder in my self-talk?

Those of you who joined me in this challenge – how’d it go? And anyone else want to weigh in with your thoughts about the word should? Use the comment section below.