How Do The Moon Cycles Affect Us? 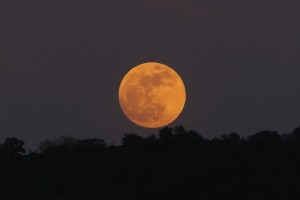 We are all like the bright moon, we still have our darker side.”
― Kahlil Gibran

When you gaze at a bright moon in a clear sky, you may marvel at its beauty, imagining how  someone on the other side of the world is seeing this exact same moon – be it crescent or full.

Have you ever thought about how this celestial body might be affecting your choices and actions in your daily life?

You may have heard that some farmers plant according to the moon cycles, and certainly everyone is familiar with the notion that a fat full moon brings out the crazies.

Police logs can attest to the truth of that fact, with more crime and mayhem erupting on nights when the moon is full. And the word ‘lunatic’ comes from the Latin word for moon – luna.

And it’s not just the crazies – many ordinary people  feel restless, jangled and sleepless on full moon nights.

Good things happen too – midwives and hospital records have long reported more babies born during the full moon, and on clear nights that glowing moon can ignite romance.

People, plants and all earthly beings are deeply affected by the cycles of the moon.

Although some scientific studies debunk this notion, legends and anecdotes persist about the ‘madness’ of the full moon time.

I have a feeling that hospital personnel, cops and mental health workers would snort at the dismissive studies that claim the full moon has no noticeable effect on human behavior.

And it’s not just the full moon that affects our moods, energy levels and actions. Each distinct phase has its own distinct effect.

Aligning Your Energy With The Moon

During the last week I’ve noticed an urge to sift through papers and notes, to organize, to take stock, to reevaluate where I’ve been and where I’m going.

It’s kind of long overdue, but the desire to finally do this more passive activity is stronger this week, and it dawned on me the other day: of course, it’s the waning moon!

Once the crescendo of the full moon is reached around the 28th day in its cycle, its appearance and its energy begins to diminish. Farmers and gardeners consider this period  the ideal time to weed, prune and harvest.

For humans this can mean a natural time to turn within a bit, taking stock of the growth during the past cycle – sifting through the experiences, cleaning up, documenting. As the dark of the moon approaches you might notice a dip in your energy level, more of an inclination to rest, sleep and replenish.

Of course in today’s race-around world, such inclinations are rarely welcome. What the hell? We think to ourselves. I’ve got so much to do today, why am I so tired? Why is it so much hard to push through it this week?

Next time that happens, take a look at where the moon is in her cycle.

While feelings of exhaustion and overwhelm are caused by more than just the phase of the moon, it can help immensely to surrender to what nature intended.

In ancient times before electric lights and all the various accoutrements that separate us from nature, we humans were even more affected by the light of the moon and her distinctly separate phases.

So much so that most women menstruated at the same time – during the dark of the moon. This made it easy for them all to retreat to the ‘moon lodge’ or ‘red tent’ and leave the menfolk to tend to the kids and all the chores!

Wouldn’t it be great if we hadn’t let that one go!

I’m convinced that if women were able to take a couple of days a month (bleeding days) totally off from their responsibilities, than this whole perimenopause/menopause thing wouldn’t arrive like such a storm.

But we don’t have moon lodges anymore (at least most of us don’t), our families and bosses would look askance if we informed them that they were on their own for three days each month, and many of you are moving past these cyclical years anyway.

Yet, we can still take note of the moon’s movements and consider it when planning social activities, creative projects and even for long term strategic planning.

The Cycles Of The Moon

The changes in the moon can be divided up into new (dark), new (crescent), waxing (growing), full, and waning (decreasing).

The dark new moon – when you can’t see it at all – is an ideal day to complete and prepare. There’s a natural lull in energy levels, similar to the waning moon during the previous week, making it an ideal time to organize and take stock to complete the last cycle and prepare for the next.

The slim crescent of a brand new moon means the excitement of new beginnings and fresh new growth.

If you want your hair to grow more quickly this is the ideal day to give it a trim.
It’s also the most auspicious time to start a new health or exercise regimen, make lists of your aspirations for the coming cycle, plant seeds, or start new creative projects.

As the light of the moon grows each night (called the ‘waxing’ moon), energy levels rise, and people often find it easier to stay focused on a creative project or task.

Like the baby crescent moon, this period is all about creating and growing – stretching and reaching.

About halfway through the waxing period – when the moon is half full – there will often be a turning point or shift in a project that is underway.

The few days when the moon is full or close to it are kind of a crescendo as evidenced by all that full moon lore.

On the evening of the full moon it appears on the horizon exactly at the moment  the sun sets on the western horizon.

Full moon is a good time to plan parties and social activities, as well as sales for businesses. Creativity and intuition can feel heightened. Energy is at a peak.

Once the full moon is over, it begins to shrink down again, and this is known as a ‘waning’ moon. As I described above, tasks of wrapping up and completion of a project can flow more easily during this period.

Finalize projects, take care of last details during a waning moon cycle. If you’re wanting to declutter your home, it’s easier to do it during these weeks because you’re naturally more inclined to let go and throw things out.

Waning moon is also a good time to undertake a cleansing diet program or fast. Your body will more naturally accept the cleansing.

Let The Moon Give You Permission

If you’re a seeker or interested in personal growth, I know you’ve heard this idea about how important is to BE and well as to DO.

They don’t call us human beings for nothing! Yet, it is so frowned upon in modern western culture to ever stop DOING.

Who brags to their friends, ‘yesterday I just laid on the couch and contemplated my navel.’?!

That’s a joke, something to sneer at.

Even days spent relaxing at the beach or taking a long walk has to be qualified and explained by describing how hard we’ve been working, how much we’ve been doing and how well-deserved the ‘break’ was.

Even though many of us ‘get’ the importance of slowing down, being present, stopping the incessant produce-produce-produce mentality – it’s not so easy to feel good about ourselves when we’re being still. At least not for most of us.

If this is you. I encourage you to consider the waning of the moon as extra permission to dial down the endless activity.

Invite in the moon’s energy and ask her to guide you in stillness.

Use some of the time normally devoted to work to review, take stock, replenish, and prepare for the coming burst of energy once the light of the moon begins to grow again.

Aligning your energies and planned activities with the cycles of the moon is one way to feel more in touch with nature and the rhythms of a greater whole.

It can be a guideline when making decisions, and also can help to explain why your inclination and energy levels lean in one direction or the other at a particular time.

Yet, remember, considering the moon and her cycles when you make plans is just a guideline.

The idea is to incorporate this into your life when and if it works for you. Don’t fall into the trap – as I did years ago – of making this just one more to-do or stressor in your life!

Let’s say you enjoy gardening. Sure, it’s great to plant and reap with the moon cycles if you can. If it’s not working, I say enjoy your garden and get your hands in the soil when you have that window of time, or the help you need.

If you can, enjoy some time of reaping and replenishing from your hard work. And get ready to blossom outward again in the coming weeks.

“The moon does not fight. It attacks no one. It does not worry. It does not try to crush others. It keeps to its course, but by its very nature, it gently influences. What other body could pull an entire ocean from shore to shore? The moon is faithful to its nature and its power is never diminished.”
― Deng Ming-Dao, Everyday Tao: Living with Balance and Harmony 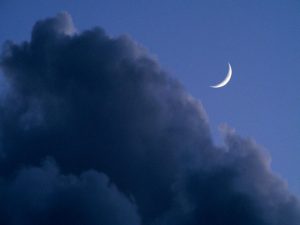 Have you noticed the moon’s gentle tides affecting your own actions? Do you have some thoughts to share about sister moon? Please jump in below in the comment section below – or over on Facebook!