How I Became A Pragmatic Mystic 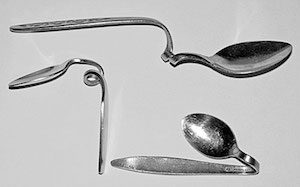 I’ve made it to Day 17 of my personal “Blog every weekday for a month” challenge! Getting a little up close and personal with today’s post.

I joke with friends that I’ve taken a leap down the ‘woo-woo’ rabbit hole.

I mean it in the most serious and sincere of ways. “Woo-woo” gets a bad rap in some circles, but for some reason I hold an affection for the word.

I’m no new convert to the woo-woo way. A lifelong seeker, I’ve been drawn to spiritual  teachings since I was a child. I read all the Seth books as a teenager, wrote high school reports on parapsychology, and as a young adult I devoured dozens—if not hundreds—of books on personal growth (and back then there wasn’t such a plethora of them.)

Yet, through it all, I kept one eyebrow raised. My practical, intellectual self wasn’t completely buying in.

During the 19 years of owning and operating my shop, Moonrise Herbs, (where I got to explore thousands of healing and spiritual resources) I encountered many fellow seekers. But I remained with one foot in and one foot outside the spiritual realm.

Customers and colleagues would speak of encountering their Guides and Angels in meditations, of mystical healings, shamanic journeys, and crystals guiding them into ethereal realms.

I’d feel a bit frustrated and left out… but also skeptical. They’d stand before me, speaking in breathy tones, appearing to float a few inches above the ground. Meanwhile, I’d be thinking about how I had to close out the till in time to go pick up my kid, get dinner on the table, and prepare for another day of running my business.

My practical Capricorn, business-like, self sneered a little, telling  me, “All that woo-woo stuff is fine and dandy for THEM. But you’ve got a business to run!”

Then I got to feel superior instead of left out.

All that changed in the last few years. Pulled along by forces I didn’t understand, I became a reluctant mystic.

(I was recently dubbed a ‘Pragmatic Mystic’ due to my astrological influences. I like it. I think I’ll keep it!)

This was my midlife/menopausal awakening.

Events began to conspire to pull me down the rabbit hole.

After continually hearing about Martha Beck’s new (at the time) book, Finding Your Way in a Wild New World, a friend loaned it to me.

I had never heard of Martha Beck before that. Reading her book changed my life.

One summer day I sat on a deck chair at my favorite hot springs retreat, reading about spoons bending into pretzels. Sounds pretty out there, my inner skeptic scoffed.

And yet… Martha had the smarts to describe HOW this can happen in a way that made sense. Even my sneering skeptic believed the science that tells us that matter only APPEARS to be solid, yet it is actually vibrating particles. And I’d already had personal experience with the power of thoughts to shape external reality. I just hadn’t put much effort into practicing it.

Later, walking in the woods, I found myself in tears on my knees receiving a thunderous download from my own guides. “If spoons can bend, there is NOTHING in your own life that can’t transform.”

And thus began my own spiritual awakening as I embarked on the hugest transition of my life.

A little over a year later, now divorced and studying to be a Martha Beck coach, I witnessed Martha twist a heavy-duty spoon into spirals.

She gave us each a spoon, and even though that still kicking skeptic was sure I’d never be able to bend it, suddenly it became putty in my fingers and bent backwards on itself!

The woo-woo continued to chase me no matter how much I kept that eyebrow raised.

Instead of getting the day job at the local health food chain that I wanted, I was offered a position at New Renaissance Bookshop, the largest spiritual bookstore in the Midwest.

Once again I found myself surrounded by rocks and crystals, books on every spiritual idea and healing modality imaginable, flower essences, altar items, high vibrations.

I learned there’s actually a scientific practical explanation behind ‘vibrational healing’ with rocks and crystals. Not only was my mystical side opening up, this was all taking shape and making sense to my inner pragmatist.

I found myself receiving BodyTalk sessions with the best practitioner in Portland, who turned out to be a spiritual healer connected to John of God.

I’d never heard of BodyTalk. I thought I was going to a study group on prosperity that would introduce BodyTalk. I found myself lying on the ground receiving an energetic healing that—instead of leaving me questioning and skeptical—felt like it took root in the core of my being. I was hooked.

I hired another Martha Beck coach who was offering reasonably priced sessions…. and she turned out to be more of a psychic and spiritual healer, again challenging the skeptic—and again opening me up more and more to the woo-woo.

My life continued to turn inside out (sometimes with some seriously bumpy rides) and I felt myself pulled deeper and deeper into the “rabbit hole.”

And…. that long-standing boulder of self doubt and unworthiness slowly began to thaw around the edges.

I continued to read, to explore, to coach and be coached. My self image shifted, my connection to Spirit expanded to levels I never would have believed possible a few short years before.

This saga continues. Fully embracing the woo-woo, I am committed now to living a spirit-led life. This has resulted in amazing coincidences, incredible opportunities, newfound courage, and brilliant AHA moments on almost a daily basis.

I haven’t had to leave my practical self behind. I’m still me. We co-exist, now open to the Light.

Just call me the Pragmatic Mystic.

Are YOU in a transitional time in your life? Does your intellect and practical self do battle with your inner calling? If you’d like a guide through this time, get in touch!