Lay Down That Heavy Backpack 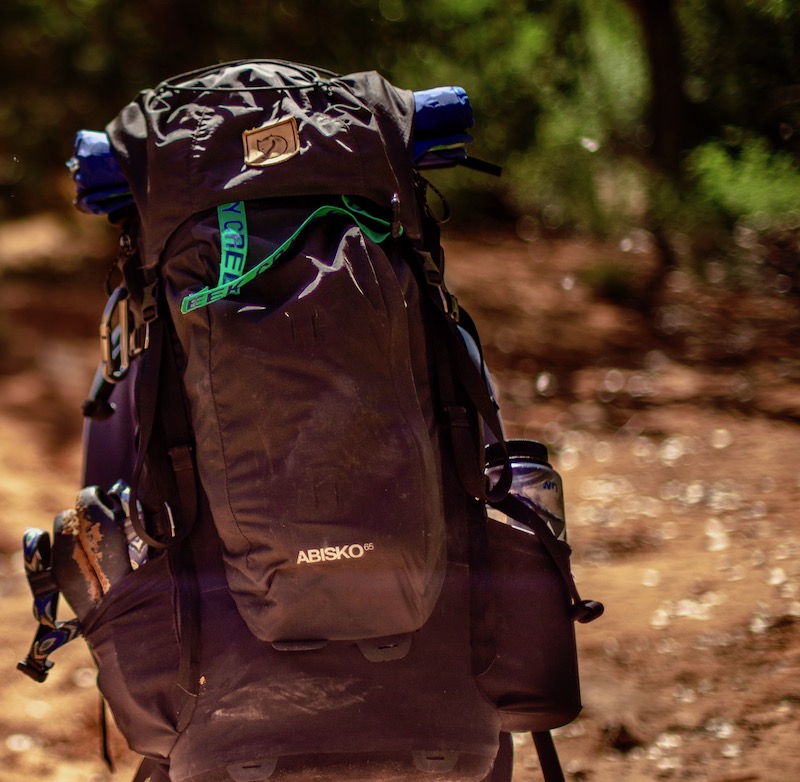 My mother left the planet way too early… I’ve now lived well over a decade longer than the time she was granted for this life.

It was so quick. I was so young, so clueless, with so few resources to handle all the other drama that was happening simultaneously.

I was super close with my mom growing up, but sadly not so much with my dad.

Only a couple of years before her death Mom had finally gathered the courage to step out and try to live an independent life. She’d left her unhappy marriage and bravely forged out on her own.

And … it wasn’t a path paved with ease, but she was making it happen.

And then she got sick. And she asked me to come and help. And I did.

But… I was young, uninformed, naive, and all I could really offer was my presence and my love.

The cancer took her quick. It was only 6 months between the phone call about the tumor in her arm and the hospital calling me to tell me she’d died during the night.

Six months that I still call the worst of my life.

There’s so much to this story, and I’ve thought of writing an entire memoir about my Mom…

But… here’s my point today:

For DECADES i carried around so much sadness, guilt, regret, and plain old unprocessed grief about my Mom.

I made myself wrong, I made her wrong, I felt wronged.

It wasn’t like all of this occupied my mind 24/7.
No, it was more like this heavy backpack that I carried with me always. It bent me over, it hobbled me a bit, but I was still highly functional.

I carried on and ran my business, got married, raised my girls, drank lots of wine, and experienced plenty of good times.

But when it came to really trying to fly, or even dance. That backpack firmly pulled me back down.

When opportunities came to take scary steps, to stretch myself and grow emotionally, I dug into the backpack for all the excuses for why it was impossible for me to take such risks. I was damaged. I was broken. I’d lost my Mommy too soon and I was abandoned and alone.

And so the years passed… I didn’t really even notice the backpack. It was just another part of me.

I missed my Mom, I paid tribute to her each year when her birthday rolled around and I grieved her anew at every anniversary of her death.….

I pretty much gave up on anything ever changing in regard to the way I saw myself.

And I hired my first life coach. And then, even with that invisible backpack, I turned my life upside down.

A little while later I started my training to be a life coach myself.

I’ll never forget the night I realized the backpack was there…. And, that it wasn’t part of me.

All I had to do was set it down.

I was in the habit of taking long walks after dark around my Portland neighborhood where I lived at the time. I wanted to be feeling wild, brave and free, but deep down I was grieving my old life and was still afraid.

Sometimes on those walks I’d put in earphones and listen to Leonard Cohen sing about the crack in everything where the light gets in.

Other times I’d listen to audios from my coach training.

Not sure which one it was that night, but my mind was circling around once again on the sad story of how bad it had all been when Mom died, how unfair it all was, how it had made my life so much harder…

And then I literally saw the vision of this overstuffed backpack weighing me down.

And it hit me.

The backpack was optional!

All those stories, all those old habitual feelings. I was CHOOSING to keep carrying them.

And so, I deliberately unhooked all those backpack straps from my body. I shrugged off that heavy load and laid it down on the side of the road.

And wow! The relief! The freedom! The lightness.

The sense of new possibility… it was instantaneous and it was palpable.

All this time I thought I’d had to carry this heavy load because to let it go would somehow be disloyal to my mom. It would be letting her down. Somehow not honoring her memory.

And yet – in that moment I realized she would WANT me to take off that damn heavy backpack! Somewhere in the spirit realms she was applauding.

I still feel sad about my Mom dying so young. I still grieve sometimes. Her picture holds a prominent space on my Ancestor Altar.

But, by setting down that backpack I was able to let go of all the self pity and lies about what it all meant. It’s allowed me to rewrite that story in a way that can empower me, rather than limit me.

Might you have a ‘backpack’ that you’re unwittingly carrying around, all stuffed with unnecessary past stories?

Maybe it’s time to set it down!

And by the way, I’m not sure I would have been able to take off that backpack if it wasn’t for life coaching.

It was through getting coached and the new insights and understandings that came with that regular support that I was able to even see that damn backpack, to truly understand that it had zero connection to my love for my mother, and to realize I could actually just lay it down.

Also:  “Backpacks” of stories and old pain are often part of the reason why we carry around excess body weight. This is why I use life coaching tools and EFT Tapping to help my clients who struggle with this issue.

If you want some support in moving on from the heaviness and regrets of past ‘mistakes’ or events, I’m just a message away.